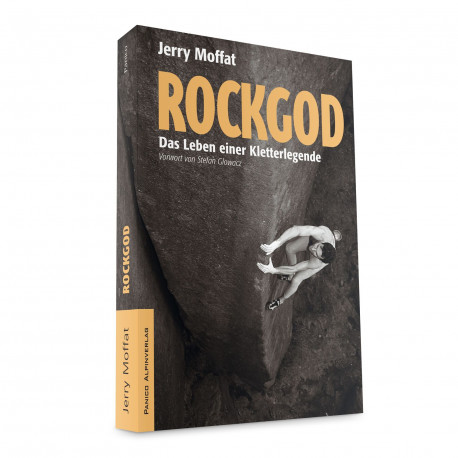 Jerry Moffatt was born in 1963. In the 1980s and 1990s, the Briton was one of the best, if not THE best sport climber in the world. After extreme first-time trad climbs, he turned to sport climbing and bouldering, and he also dominated the burgeoning competition climbing for a while. Moffatt lived with Kurt Albert and Wolfgang Güllich, bouldered with Ron Kauk and John Bachar, trained with Ben Moon, climbed with Jean-Baptiste Tribout and the Menestrel brothers. He repeated the hardest routes around the world and added his own. In 2010 he published his autobiography "Revelations", which he wrote with Niall Grimes. In it, Moffatt presents the life of someone who is absolutely obsessed with climbing. Someone who has known since school that he wants to be the best climber in the world and does everything to make it so.