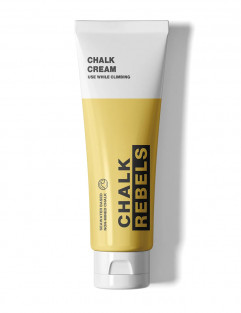 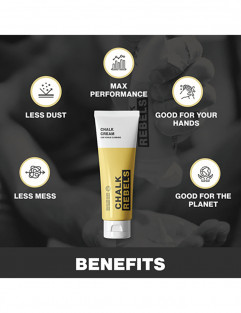 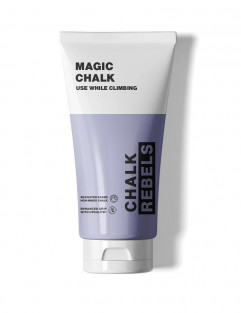 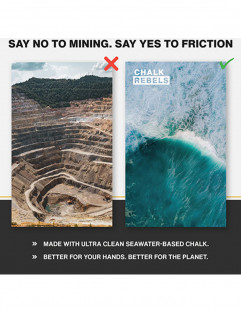 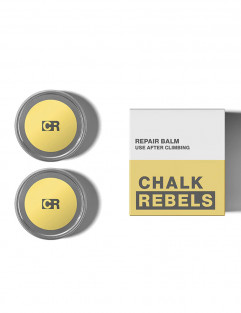 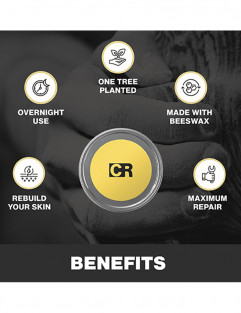 Chalk Rebel's mission is to preserve the climbing environment by using less powder chalk and 𝐮𝐬𝐢𝐧𝐠 𝐠𝐨𝐨𝐝 𝐜𝐡𝐚𝐥𝐤 instead! 🌎

Furthermore, Chalk Rebels is a proud member of 1% for the Planet together with companies like Patagonia and Clean Kanteen. The 1% for the Planet seal indicates that a business donates 1% of its annual sales to environmental nonprofits.

Bouldering and climbing have become extremely popular over the past decade, and popularity brings with it an impact we can no longer deny..🤨 The once beautiful clean rock has been bleached by chalk. The art of true on sighting has been tainted by ticked holds. Chalk-lung has become an actual thing. But it doesn’t have to be this way.

A little chalk can't withstand the rain. A little chalk in the gym's air won't make you cough like a chain-smoker. A little chalk goes a long way. Avoid low quality chalk powder and use 𝐥𝐢𝐪𝐮𝐢𝐝 𝐜𝐡𝐚𝐥𝐤 cream instead! Use it as a base layer to dry your hands and if needed you can still chalk up A LITTLE using a chalk ball for example😎

Magnesium Carbonate is made from magnesite, a mineral mined from the Earth. Currently over 70% of all magnesite is mined in China. This mining industry is a significant source of local pollution and like all mining it is pretty energy intensive & most of the energy used in the process comes from petroleum.