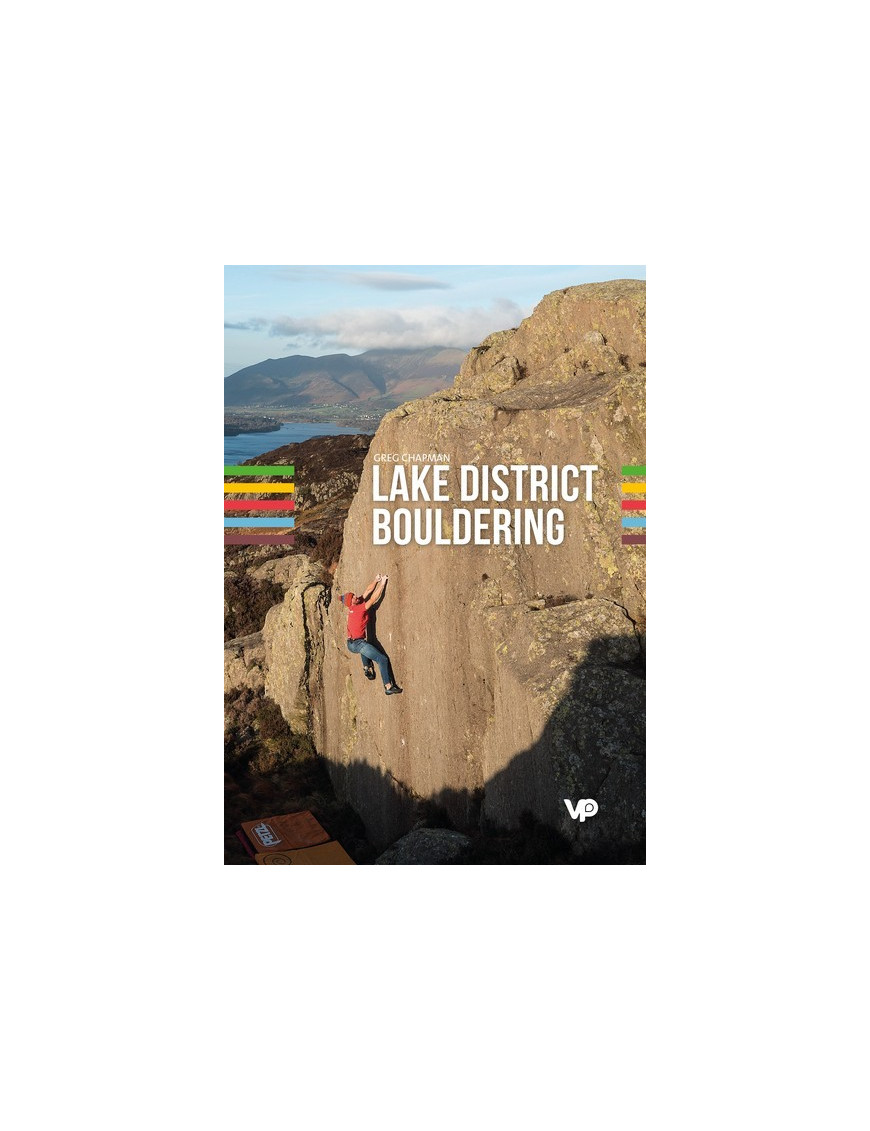 Greg created the LakesBloc website in 2003 with the sole aim of providing the very best online information relating to bouldering in the Lakes and surrounding areas. Lake District Bouldering builds on LakesBloc and brings together this huge amount of information in a comprehensive guidebook for the very first time.

This guide is split into five sections: South-East, South-West, North-East, North-West and South Lakes Limestone. Featured crags include old-school venues such as the Langdale Boulders, the Bowderstone, Woodwell and Armathwaite; recently developed areas such as the Harter Gold Boulders in Dunnerdale and the Stirrup Stones in Wasdale, and nationally significant spots including Carrock Fell, Kentmere and St Bees Head.

Each crag features detailed access and approach information, including GPS coordinates for parking and crag grid references, together with conditions information and local knowledge. Alongside superb action photography, there are over 700 colour photo topos, plus overview and topo maps. A reference section with Ordnance Survey maps is included for selected mountain crags, and a detailed appendix includes everything you need to plan a visit: tourist information centres, cafes and pubs, campsites and accommodation, gear shops, climbing walls, and useful websites.

Greg Chapman began climbing in the Lake District during the mid 1990s, however it was on the limestone outcrops of the Silverdale area that he discovered his passion for bouldering a few years later. Cutting his teeth on the now hugely popular but then little-known problems of John Gaskins, he began to notice and plug gaps across his local stomping ground. This overwhelming desire to develop and document new areas began a 20-year obsession with the Lake District National Park and its surrounding countryside: developing new areas, expanding existing ones and in the process climbing over 1,000 new boulder problems in the region. He started the LakesBloc website in 2003 to document the ongoing development, and the site is now synonymous with Lake District bouldering.

chat Comments (0)
No customer reviews for the moment.

Are you sure that you want to report this comment?

Your report has been submitted and will be considered by a moderator.

error Your report cannot be sent

Your comment has been submitted and will be available once approved by a moderator.

error Your review cannot be sent